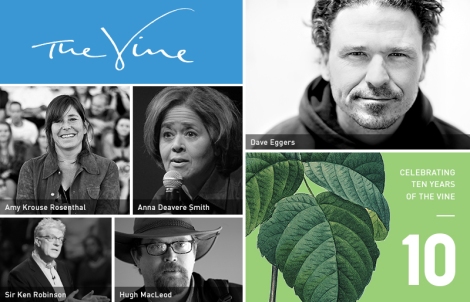 In March of 2006, a group of homebuilding leaders gathered in Santa Barbara to engage with artists, writers, musicians, teachers, social entrepreneurs, even one of the founders of Greenpeace. They were, quite by design, at the intersection of previously unconnected planes of thought.

For ten years, The Vine served as a space for builders of physical community to interact with, and learn from, activators of social community. It was based on the simple premise that inspired people create inspired places. And vice versa.

It was, as one participant put it, “a place to get answers to questions we didn’t know we were asking.”

The Vine held its final gathering in June of 2016, having given us ten years of enlightened thinking.